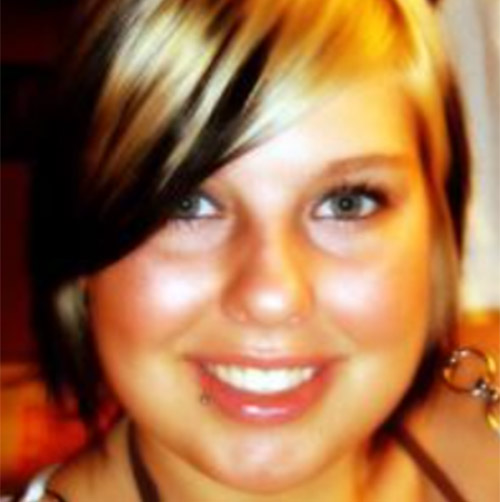 The Girl with the Golden Heart Leaves a Legacy for Dance

Known as the girl with the golden heart, 21 yr old Shayla Rae Dawn Driver (Alton) was taken from her mother and best friend, Tonya Alton. She passed suddenly as a result of a tragic car accident on McKinley Landing near Kelowna, BC on December 12, 2011.

One of the most passionate pursuits of Shayla’s was a desire to express herself through dance. Before learning how to walk, her tiny feet wiggled to the sounds of melodies her mother would share on a cassette player. Growing up, Shayla at times struggled to put into words, what she wanted to say. This led her to twirl, bounce, pivot and arabesque suddenly without notice in public places. A staircase became a grand stage entry; an alleyway her red carpet. Her audience consisted of family, friends and on many occasions- total strangers. Shayla was the single flash in a mob, long before it was cool to take part in one.

As the years passed, her grace outside was brought into the professional studios where she took lessons. Shayla thrived in the creative environment with an array of jazz, tap, ballet, lyrical, hip-hop being taught to her by Shani Wendell, Director of Lake Country School of Dance (LCSD).

Later in High School, Shayla would continue to develop her free-spirited nature in a dance programme. She felt her roots were in the flowing actions that enabled her vibrancy to shine through. The numerous productions Shayla was involved in saw a soul in motion. Through fluid movements; a tapestry of poise was weaved into the beats of music pumping in her body.

Shayla was in her third year at Thompson River University, studying to be a social worker with the career aspiration of helping at risk youth. Her aboriginal roots were important as she embraced who she was and took great pride in receiving the Honour Drum given to her at Kelowna Senior Secondary graduation by Richard Gauthier.

Now, as her life has been sadly taken, the loss of Shayla has had a ripple effect on this world. McKinley Landing Road- where Shayla lost her life last December when she lost control of her car- was the place where one of several accidents occurred. Shayla’s family did not want her death to be in vain.  Since Shayla’s passing, Kelowna Mayor Walter Gray and City Council approved over a half million dollars to make the road safer. Completion of the safety measures has concluded; making the stretch of road on McKinley less dangerous.

The Dance Centre is truly honoured to be part of Shayla’s legacy of kindness and generosity.