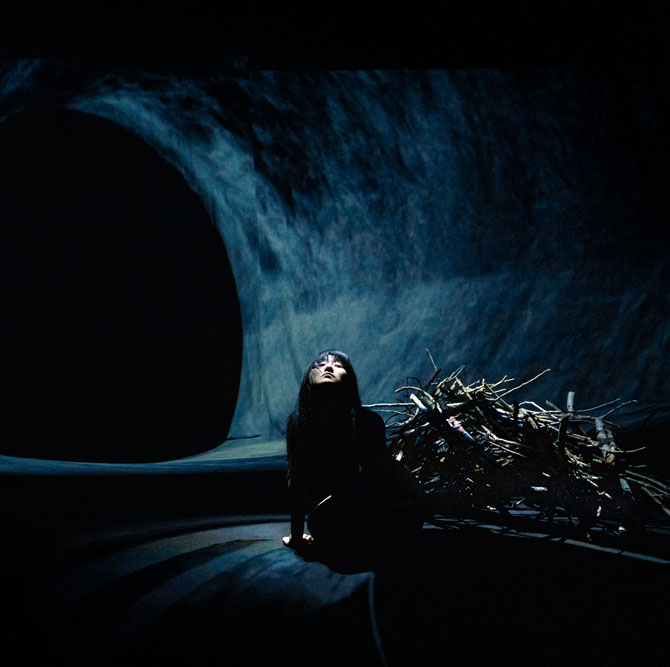 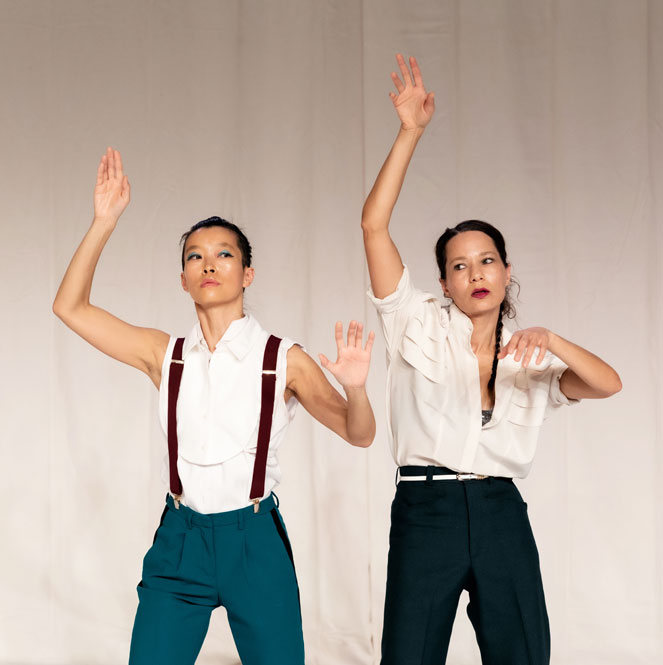 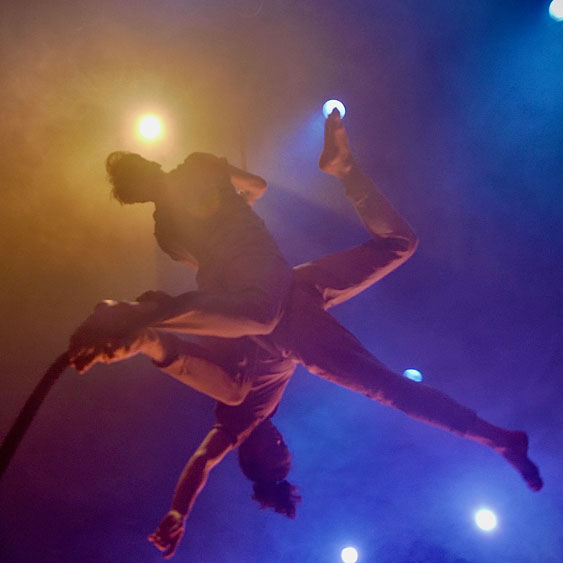 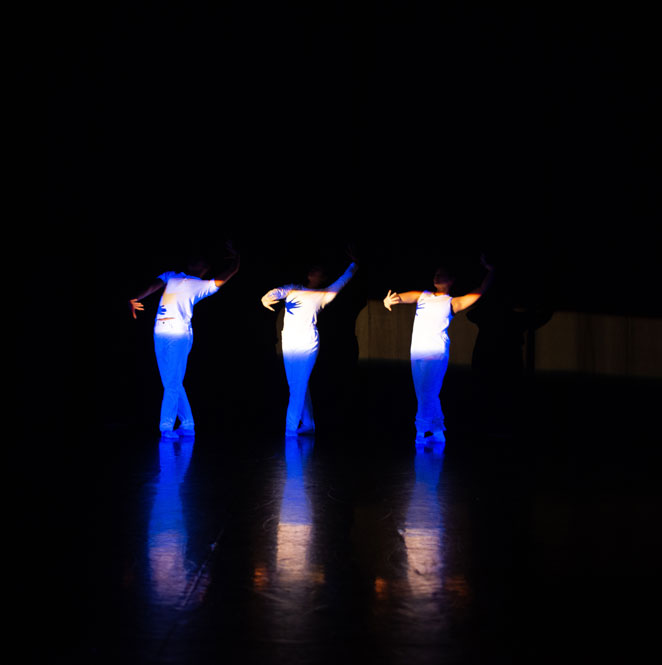 The Global Dance Connections series features exciting contemporary dance works by artists from Canada and around the world.

Jeanette Kotowich Kisiskâciwan Friday-Saturday September 30-October 1 | 8pm
Originally from Treaty 4 territory Saskatchewan, Jeanette Kotowich is an independent dance artist and choreographer of Nêhiyaw, Métis and mixed settler ancestry. Her work reflects Nêhiyaw/Métis cosmology within the context of contemporary dance performance, referencing protocol, ritual, our relationship to the natural and Spirit world, and ancestral knowledge. Kisiskâciwan is a creative return to the swift-flowing landscape of Saskatchewan, the robust undulating land of her grandmothers’ mothers and great-great-grandfathers. Conceived and performed by Kotowich in collaboration with Indigenous and non-Indigenous artists, this solo work is a journey to one’s self.

Justine A Chambers & Laurie Young One hundred more
Thursday-Friday October 13-14 | 8pm
One hundred more is urgently informed by our current socio-political climate, which has produced a groundswell of bodies resisting and moving in collective anger, captured and replayed in an endless torrent of images. Centred on an iconic gesture of resistance, the work is an incremental choreography of personal physical strategies the artists deploy as women of colour and mothers. This first collaboration by Chambers and Young, Canadian choreographers based in Vancouver and Berlin respectively, creates a steadily mounting tension through rhythmic movements both archival and emergent. Set to a pulsating score, this performance is a physical declaration of friendship and resistance.

Compagnie d’Autres Cordes – Franck Vigroux Forêt
Thursday-Saturday October 20-22 | 8pm
An internationally acclaimed director, composer and multidisciplinary artist, Franck Vigroux’s work defies categorization, creating a dazzling universe where music, sound, dance, and video intersect. Forêt evokes a crossing, a dreamlike passage from one place or state of being to another: in psychology, the forest represents the subconscious. Dancer Nina Berclaz undertakes a mesmerising inner and physical journey, as the forest shifts and transforms around her. Hypnotic butoh-inflected movement, stunning projections and an electroacoustic score, performed live by Vigroux, immerse us in a world of spectral beauty where time seems suspended, creating an extraordinary sensory experience.

Corporeal Imago Throe
Thursday-Saturday November 17-19 | 8pm
Brought together while performing with Cirque du Soleil, choreographers Gabrielle Martin and Jeremiah Hughes formed Corporeal Imago (Ci) to explore the intersection of aerial acrobatics, contemporary dance, and visual theatre. Throe explores our interdependence in an inhospitable world where our existence is at the mercy of external circumstance. Featuring six powerful performers, three aerial ropes, and a soundscape of cosmic noise, this new work underscores our vulnerability in a universe of chaos, while highlighting the resilience and hope in collectivity. Throe continues to push the boundaries of aerial dance, blurring the space between floor- and air-based movement to create a compellingly kinetic and visually arresting world.

Arash Khakpour and Emmalena Fredriksson You Touch Me
Thursday-Saturday December 8-10 | 8pm
You Touch Me weaves an intricate web of duets within an ensemble of people who grew up far from here – and far from each other. Using dance and text, their encounters investigate notions of ‘self’ and ‘other’, cultural identity, race and gender. Seven virtuosic performers dance, entertain, question and challenge each other, touching on universal themes from togetherness, ageing and love, to climate change and migration. Moving between the political and the poetic, the provocative and the abstract, seriousness and silliness, the work attempts to feel and reveal this moment in time.

Smaïl Kanouté/Compagnie Vivons! Never Twenty One
Thursday-Saturday January 19-21 | 8pm
Smail Kanouté is a French-Malian dancer, choreographer, film maker, visual artist and designer based in Paris. Echoing the hashtag #Never21 coined by the Black Lives Matter movement, Never Twenty One pays tribute to the young Black men who have been victims of gun violence in New York, Rio de Janeiro and Johannesburg – and will never reach the age of 21. Three powerful dancers – their torsoes inscribed with testimonials from the victims’ families – recount the stories of broken lives, through ferociously intense movement which draws on krump, popping, contemporary dance, baile funk and pasinho. This is an urban requiem steeped in a shamanistic heritage, a subtle lamentation infused with energy, poetry and humanity.

Hillel Kogan We Love Arabs
Thursday-Saturday April 13-15 | 8pm
We Love Arabs dives into the toughest of questions – how can we co-exist within conflict? Somewhere in Tel Aviv, a Jewish choreographer enlists an Arab dancer to help create a work that will carry a message of peace. But as the work progresses, power struggles ensue; bodies resist control. Skewering choreographic fads, unconscious bias and misplaced good intentions, the piece unfolds as a corrosively funny takedown of politics, ethnic stereotypes, and contemporary dance itself. Hillel Kogan is one of Israel’s most successful choreographers, blending biting political and social commentary with a highly physical movement language, and this award-winning work has been a hit on stages all over the world.

FakeKnot Piña
Thursday-Saturday May 4-6 | 8pm *At SFU Goldcorp Centre for the Arts*
Piña is inspired by Artistic Director Ralph Escamillan’s identity as a first-generation Canadian-born Filipinx. Examining how the body carries history and ancestry, this vibrant new creation considers the parallels between the physicality of the diaspora experience, and piña – a traditional Philippine fibre made from pineapple leaves. It investigates the many facets and cultural significance of the delicate yet enduring textile, in an anthropological journey through the body. Incorporating traditional folk dance, history and design, Piña brings together an all-Philippine cast including four dynamic performers, an original score by K!mmortal, and a multidisciplinary artistic team to celebrate cultural resilience.