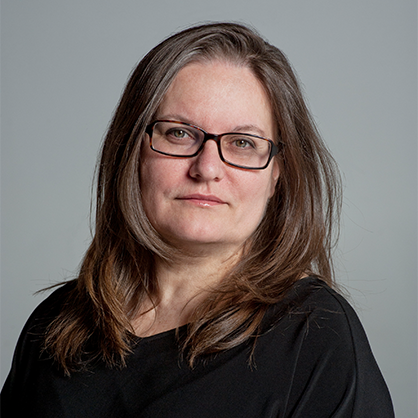 Executive Director of The Dance Centre

Mirna Zagar’s career in dance spans over 40 years. Originally from Zagreb, Croatia, she was an active member of the Croatian dance scene for over two decades during which time she contributed substantially to its developments. First a dancer then artistic director for the Zagreb Dance Company, in 1981 she founded Dance Week Festival (Tjedan Suvremenog Plesa) which is today one of Europe’s leading international dance festivals. In 1991, together with Ide van Heiningen, she initiated the now international project MAPA (Moving Academy for Performing Arts, based today in Amsterdam, The Netherlands). This project facilitated greater mobility of the arts between Western and (former) Eastern Europe, as well as building innovative partnerships between cultural entities within former Eastern Europe.

She also founded the Institute for Movement and Dance in Croatia (Hrvatski institut za pokret i ples) as the first not-for-profit dance resource organization in the region, enhancing the infrastructure and development of the independent contemporary dance scene. This work carried on during the period of the war in Croatia, during which time Mirna also was active with the Croatian Arts Forces, and initiated the Dance Aid projects collecting aid and ensuring job placements for artist refugees. During her career she was also involved for nearly a decade in the capacity of Artistic Advisor of the international choreographic competition Rencontres Chorégraphiques Internationales de Seine-Saint-Denis in France, whose objective was to promote choreographic works of emerging and seasoned artists internationally. As an internationally recognized presenter, arts producer and promoter she has presented over 500 internationally acclaimed artists and companies, produced over 50 dance works, and has collaborated on several international projects in Europe and North America.

Mirna moved to Vancouver in 1995, working as manager for Katherine Labelle Dance and Kinesis, and as a consultant to The Dance Centre. In 1998 Mirna joined The Dance Centre as Executive Director. The organization was instrumental in facilitating the creation of a state of the art rehearsal/production facility for the dance community. Mirna was involved in every facet of the development of Scotiabank Dance Centre, and in September 2001 the 32,000 sq ft $11 million building opened its doors to the public. In addition to delivering programs both for the professional dance community and the public at large, The Dance Centre now also manages the operations of Scotiabank Dance Centre. Mirna is also charged with bringing forward the vision and mission of The Dance Centre through innovative programs and services (presentation, outreach, audience development, professional development).

She finds the inspiration for her work in the role the arts play in changing society, bringing together diverse cultures, as well as the bridging and interaction of the art disciplines. An avid believer in networking, the projects she initiates foster the idea of greater mobility of the arts and artists, expanding resources and offering new opportunities to the art of dance. In 2009 she was presented with a commemorative medallion by Her Excellency the Right Honourable Michaëlle Jean, Governor General of Canada, for her work in the furthering of cultural relations between Canada and Croatia. In 2015 longstanding Dance Centre donor Louise Cecil dedicated Studio 7 at Scotiabank Dance Centre to Mirna, renaming it the Mirna Zagar Studio in recognition of her work.