This season we celebrate the 20th anniversary of the opening of our building, Scotiabank Dance Centre! We asked our Executive Director Mirna Zagar to share some of the history behind it, and to talk about the impact the building has had on our community.

How did it all start?

The need for a dedicated space for dance in Vancouver was identified in the 1970s. The dance community was very fragmented back then, with a lack of visibility and a shortage of decent space to work in. An initial study that highlighted the need was carried out by Rick Marcuse. In 1986 The Dance Centre was formed, and one of our core objectives from the start was the creation of a home for dance.

Who was behind this?

The dream of a building for dance was spearheaded by The Dance Centre, but so many people put their hearts into moving it forward. There was a group of very determined visionaries: our Board Chair Grant Strate, Moh Faris, David Y. H. Lui, to name just a few. The key board members met every week at 7am for well over a decade. A key moment was the commitment of our first private donor, Marnie Carter – still one of our most generous supporters today! – which spearheaded the fundraising campaign. Many of the studios and spaces in the building are named after these wonderful people. In addition, literally hundreds of people came together over the years to make a dream become a reality. It truly was a community effort!

How did Scotiabank get involved?

Scotiabank had been engaged as a sponsor at an early stage. Initially the location was to be at Granville and Pacific, but that fell apart over the City’s rejection of signage acknowledging the sponsorship. This was around when I joined The Dance Centre, in 1998. Everyone was so tired!  There was talk of abandoning the project as the infrastructure funding would lapse without a location. There was a real scramble to find an alternative. Moh Faris, who was a leading developer at the time, was instrumental in finding a solution and bringing Scotiabank back on board. The bank’s 1930 building at Granville and Davie wasn’t being used much (except for The X Files filming in the attic, according to legend). This was the largest community donation in the bank’s history at the time, and is regarded by many as a perfect example of corporate philanthropy. 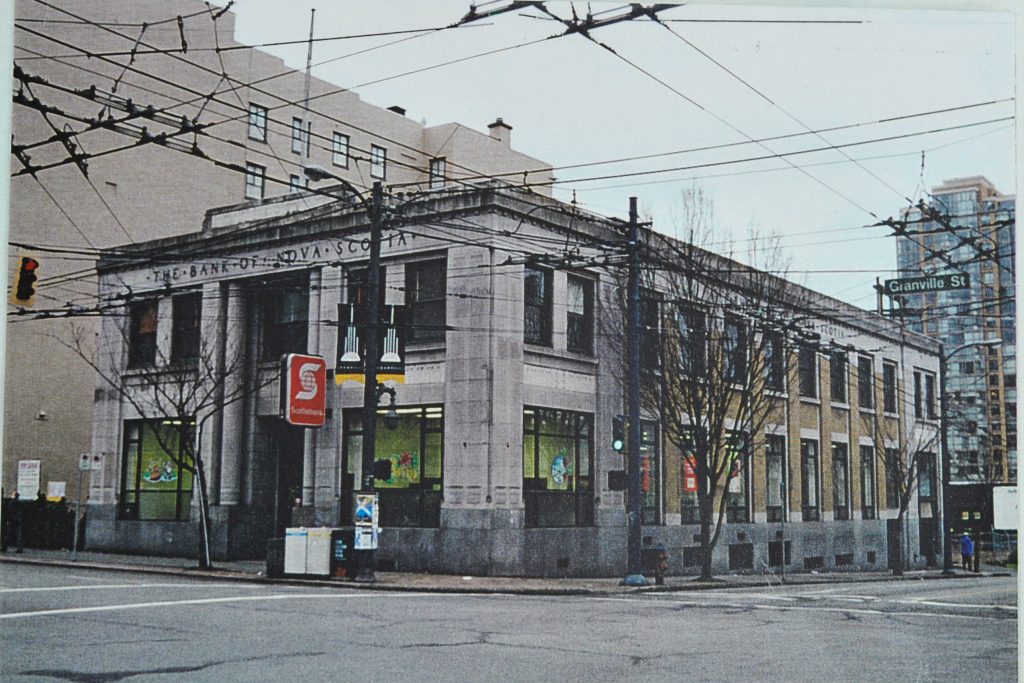 Tell us about the architecture

The late iconic architect Arthur Erickson worked closely with Noel Best of Architectura (now Stantec), who remains a dear friend and supporter to this day. The design is typical Arthur – clean contemporary lines, with concrete and glass features, and lots of natural light. We had to retain the 1930 art deco heritage facade on Granville Street, but the rest of the building was demolished and rebuilt. Arthur did ruffle a few feathers when he said the old building had a ‘Queen Anne front and a Sally Anne behind’! The roof is inspired by a flamenco fan, handrails are styled like ballet barres – there are lovely touches throughout the building. Noel and his team worked closely with the dance community to get the spaces and floors right – Jay Gower Taylor designed different types of floors, and we had artists come in to test them. 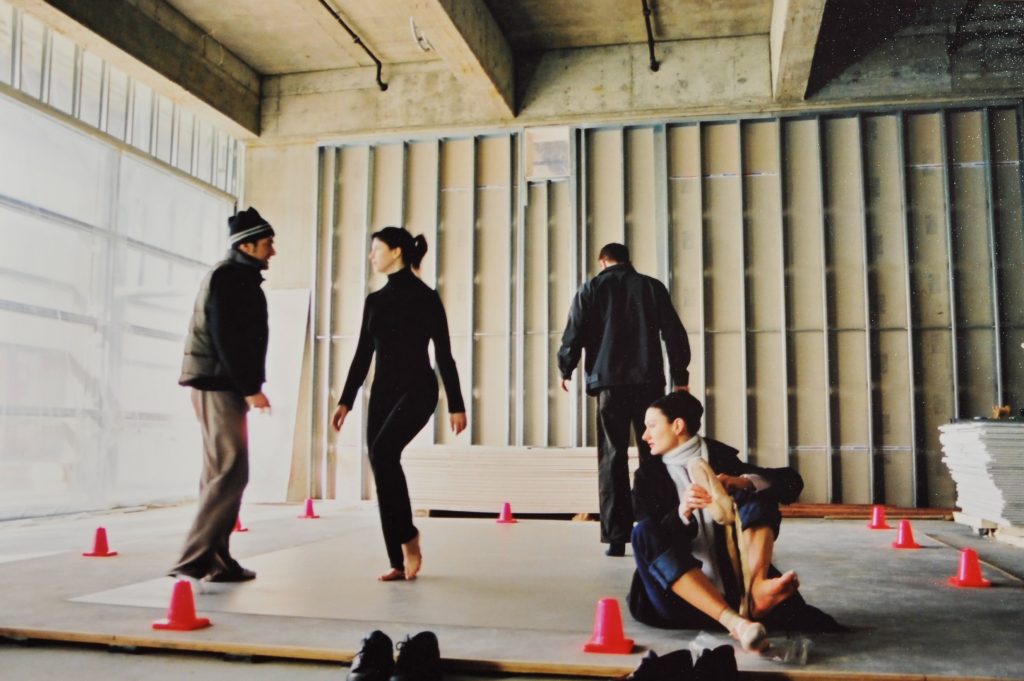 Why is the building special?

At the time, Scotiabank Dance Centre was the first purpose-built facility for dance in North America which had been expressly created for an entire community – rather than for just one company. The variety of studio sizes and floors are designed to meet the requirements of all kinds of dance styles, whether that’s ballet, contemporary, flamenco, tap, hip hop, or something totally different. Today I’m thrilled by the sheer range of what happens here – everything from professional rehearsals to community classes, performances and auditions, in every possible genre and style. This has created a  new synergy which has contributed to raising the visibility and status of dance in Vancouver. The building has become a unique cultural hub – a community centre for dance, one might say – a place where people come together through dance.

What were the challenges?

There were certainly naysayers; people who were sceptical that we had any chance of success. There was no blueprint for this kind of facility, and it was a huge undertaking for one small non-profit. We were mandated by the funders to come up with a model where the facility would cover its own costs and be sustainable. But we did it. There was a huge fundraising effort. With the bank’s donation of land (hence the name Scotiabank Dance Centre), more donors came to the table, and confidence started to grow.

Tell us about the opening

In August 2001 the then-Governor General, Adrienne Clarkson, came to dedicate the building to Canadian dance. There was a private sneak preview for donors and supporters in early September, to be followed a couple of weeks later by a public festival. And then 9/11 happened; it was a shocking moment, but we felt it was essential to continue, that art was needed more than ever. And thus it was!  We had a week of commissioned performances, informal shows, and perhaps most memorably, the launch of Aeriosa, who thrilled thousands of people as they danced on the outside walls.

What are some of your favourite moments over the last 20 years?

As I walk through the building every day I am inspired by seeing dancers at work; I enjoy meeting and touching base with them through unexpected encounters, hearing what they are up to and their ideas about dance. I feel proud of the work we have done here in Vancouver and what has been accomplished. Over the years I have shown international visitors around and they are in awe that we have such a place, so I am reminded over and over again of  what we have achieved, the value a space such as this has for the development of dance.

I feel joy when artists find new ways of using the building and we are able to respond and support them; I am inspired by the many connections for our dance community that  we have forged across the world because we have this facility. I get regular calls from across Canada and from colleagues in other sectors to ask how we did it… today there are many opportunities for artists (and challenges too of course) and I like to think that we opened the door to many new dreams.

What do you think the impact has been?

The overall goal of the building was very simply, to create a home for dance: to bring the dance community together, raise the overall visibility of dance, provide access to professional quality studios, and nurture a sense of inclusion – I believe we have met and continue to meet these objectives, indeed this is what we hear from our community on a regular basis. We are putting resources into nurturing local talent, and connecting them with the wider world of dance. Scotiabank Dance Centre has become a critical part of Vancouver’s cultural infrastructure; and we partner with festivals and organizations not only across Canada but internationally, positioning BC dance on the global stage.